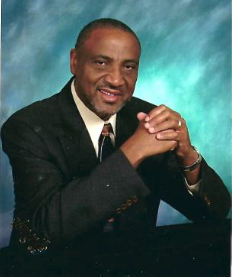 Walter was born on February 22, 1949 in Sunshine, Louisiana. Walter is
the 3rd of six children of the late Royal and Cleola Jackson. Walter was raised by his parents in a Christian home based on biblical principles. Walter’s father was widely known for his speaking ability about what was in the Bible, and his inspirational prayers. Walter’s mother sang in the Choir and was known in the church and the community for her gift of encouragement. Reading and discussing the Bible was a regular part of Walter’s homelife. Walter was active in Church, Sunday School Programs, and read the Bible on a regular basis. Walter accepted the salvation offered through Christ Jesus at the age of twelve, and was baptized in the Mississippi River.

Walter was a distinguished Trial Lawyer (primarily homicide
cases). Walter became the first Black Supervisor in 1994. Walter rose to the number three titled position, Branch Office Head, and supervised most of the Attorneys on staff prior to retirement on February 23, 2006. During Walter’s retirement party (with over five hundred people in attendance), the Alameda County District Attorney mentioned in his remarks that “everyone knew Walter
was a Christian and would always do the right thing even though the District Attorney himself was not a Christian Believer.”

Throughout Walter’s career, he remained active in his local Church and
accepted God’s call to teach the Bible.

After relocating to Fresno, California in January 2007, Walter immediately joined a reading through the Bible in one year study group (and has continuously remained a member and now leads); and he immediately joined a local Church and continuously taught there until March 2019, when COVID-19 closed the doors of the local Church. Walter was called to teach via Zoom at the Fresno School Mission in September 2019.
Walter writes his own lessons under the inspiration of the Holy Spirit. He has taught on a significant number of Bible topics and Books of the Bible.

Walter’s foundation for writing the lessons he teaches and for teaching the Bible is 2nd Timothy 3:16-17: 16 All Scripture is God-breathed and is useful for teaching, rebuking, correcting and training in  righteousness, 17 so that the servant of God may be thoroughly equipped for every good work.”

Walter and Cheryl are happily married, have three children
and one grandchild.